Strippers in the movies.

One of the interesting things about strippers in movies is the versatility of the concept. You can see a memorable stripper scene in a comedy, just as easily as you can come across one in a serious drama, a wild action-adventure roller coaster, and virtually every genre in between. Strippers can be used in a variety of ways to tell or enhance a film story. A memorable stripper scene, whether it’s there to advance the plot, or merely to serve as some window dressing, can appear in virtually any movie or any movie genre.

·         Closer (2004): Natalie Portman, Jude Law, Julia Roberts, and Clive Owen star in this harrowing relationship drama from director Mike Nichols. Released to critical acclaim in 2004, the movie explores four people pushing the boundaries of their supposed moral limits, all in the name of love and sex. The movie is notable for a number of reasons, but the one people seem to remember the most distinctly involves Portman working as a stripper in an upscale strip club. Clad in only a g-string and pink wig, Portman certainly doesn’t have to try very hard to capture Clive Owen’s attention. She doesn’t have to try very hard to get our attention either.

·         Grindhouse: Planet Terror (2007): What is it with Robert Rodriguez, Quentin Tarantino, and strippers? The boys certainly seem to know how to make a classic stripper scene in a movie. They continued the trend memorably in Rodriguez’s contribution to the Grindhouse epic, in the form of Rose McGowan working the pole in one of the rawest, sexiest stripteases ever seen in a major motion picture. Say what you want about Grindhouse as a whole, but Tarantino and Rodriguez definitely know how to get your attention at the beginning.

·         The Full Monty (1997): Whether or not you wanted to see the likes of Robert Carlyle and Tom Wilkinson strip down to “the full monty” (get it?) is kind of beside the point. The movie itself a hilarious-yet-touching story of friendship, struggling to improvise in uncertain economic times, and family. Getting behind these extremely likable characters’ plan to host a “regular guys” strip show is easy. We also want to see if they will indeed go through with it. If you haven’t seen the movie, then it’s not really fair to tell you. Watch for yourself, and keep in mind that no matter what you see or don’t see, it’s definitely going to make your own list of the most memorable strip scenes in movies of all time.

·         Sin City (2005): Tarantino (who directed a scene) and Rodriguez are at it again! Amidst all the film’s violence, it’s easy to want to focus on Jessica Alba’s unforgettable strip scene.

Now, here’s some boobies for ya! 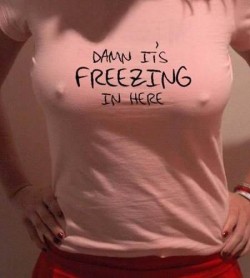