Why Women Hate Strippers (Or Do They?)

Some guys will lie about whether or not their significant others would approve of their seeing a stripper or going to a strip club. Others will say that they would just as soon not find out the answer at all. And then there are those men who will tell you flat-out that under no circumstances would their wives or girlfriends allow it.

Very few men will be honest about knowing that their spouses would be okay with a bachelor party or night at the strip club.

The truth of the matter is that the answer is not just as simple as all women hate all strippers. The answer is actually a lot more complicated and fascinating than that. 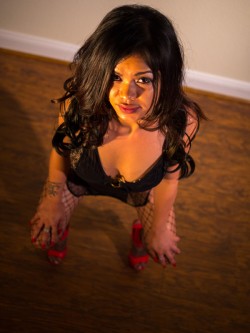 It’s true that a lot of women dislike the notion of their husbands and boyfriends going out to a strip club or bachelor party. It’s not that all women hate the women who choose to make their living as performers. They just don’t like the idea of their men looking at other naked women. Some women also possess a bias against the idea of women doing anything sexual for money. They find the idea unsavory at best, and degrading to the culture of womanhood at the very worst.

But these opinions are rapidly changing. Articles, documentaries, interviews, and even blog posts by women who have worked or are working as dancers are painting a decidedly compelling view of their industry to other women. Dancers who choose to relate the good and bad of their profession are giving other women a much different view of the work than what the most common misconceptions paint it as. These strong, funny, intelligent, and capable women show stripping as a form of entertainment and creative expression, and as a way of facilitating fantasies than in the end is largely harmless to couples. There are indeed many women who still dislike the very notion of stripping, but that sentiment is no longer as universally popular as it once was.

Even psychological studies are showing that men who enjoy seeing sexy strippers  in a club are doing so in a way that is by and large undamaging to their perception of women, and to their ability to maintain healthy relationships with their spouses and others.

Honesty and communication are still critical cornerstones of any relationship. A man who is planning to attend a bachelor party or strip club with friends should be willing to discuss it with their significant other. The absolute worst thing any man can do is lie about it. This will only perpetuate the idea that stripping is a shameful profession that is destructive to relationships. The reality in most cases is that nothing could be further from the truth.

For the best strippers in the area: www.hamptonroadsstrippers.com